Carrie star Julianne Moore covers Health magazine this month and gave up some secrets about how she stays looking so good at 52.

Acupuncture: “For back pain, it’s amazing. I also had a period after my mother died where I couldn’t sleep. I mean, I was just in shock for the longest time and didn’t sleep for, like, a year. I was just a wreck. And I had some really intense acupuncture treatments, and it kind of reset my nervous system. So I think it’s very helpful. … When I was making Safe, actually, I got so thin that I stopped having my period and my blood pressure got dangerously low. And the only thing that really got me back to normal was Chinese medicine.”

Yoga: “I try to do Ashtanga yoga two to three times a week. I’ve also started working out with a trainer, doing light weights and a lot of jumping around. The main problem is I can’t do anything six days straight because I get hurt. That’s the thing about old age — eventually your hip starts to hurt and you have to switch and do something else.” 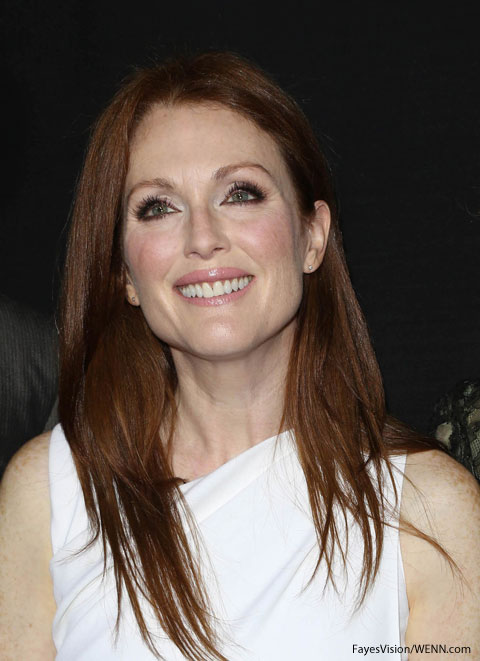 Food: “I did a silly juice cleanse (before the Golden Globes) for three days, which went all over the Internet as if I was a lunatic. I was eating vegetables, not eating sugar, being really careful. And when I was in yoga that week, I was so much more flexible. My teacher said, ‘Wow, you’re really bendy.’ I’m like, ‘That’s what it is. It’s the food!’ Because then you realize how important diet is. Dairy, sugar, alcohol—all those things affect you.”

The mother-of-two (15-year-old Caleb and 11-year-old Liv) also opened up about the struggle to balance care-taking with allowing kids to be independent: “Yeah. Parenthood is a very, very intense experience. This morning with my daughter, I brought her food, cut it up and put it in front of her. Then she asked for a blanket and I gave her a blanket. And there’s a part of me that thinks, I know I should be saying, “You need to do this yourself.” [Laughs] But then there’s another part of me that thinks, Oh, f— it. I want to demonstrate my love this way. So there’s always that weird balance between the independence that you want them to gain and how much care you need to give them.”